“…when they saw him they begged him to leave their district.”

Demonic possession is an extremely serious matter.  While some in our day dismiss it, suggesting that reported cases of possession are in fact only psychological disorders, the Church takes today’s Gospel passage at its word.

One striking point in this narrative is the reaction of people to the swineherds’ report:  “they begged him to leave their district.”  Why do the people react this way?  One might expect the people to express gratitude to Jesus, and invite Him to stay as their protector.

Perhaps the people were in shock, never before imagining that demons might dwell among them.  However, demonic possession in the Holy Land was not uncommon in Jesus’ day.  Perhaps the reaction of the people reflects what today is described by the acronym “NIMBY”:  “Not In My Back Yard”.  When terrible violence erupts in a metropolis, many people on hearing the news shake their heads, say a prayer for those affected, and then turn the channel to SportsCenter.

But if such violence erupts in their own hamlet, they express disbelief at how such violence could happen “here”.  Sin, violence and death are here, there and everywhere.  While each of us needs to practice prudence to deter them, we should have no illusions of escaping them.  In the midst of such illusions, Christ has no place. 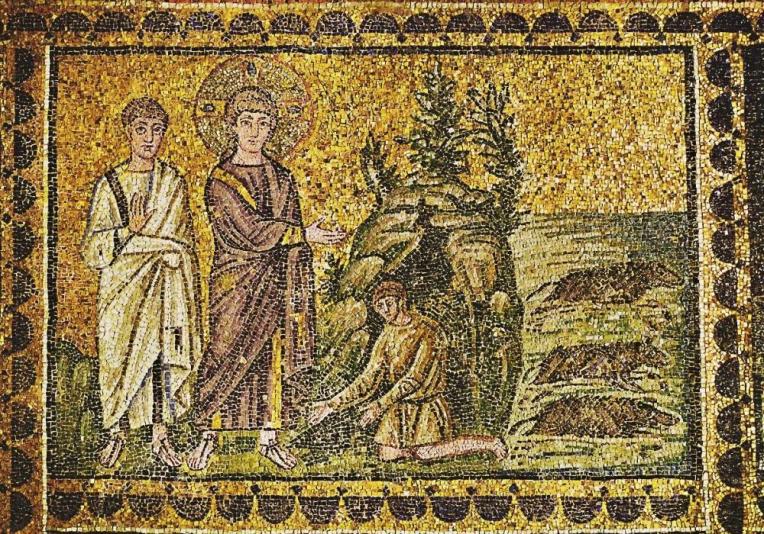