“‘… neither will they be persuaded if someone should rise from the dead.’”

So who in the Parable of the Prodigal Son symbolizes the scribes and the Pharisees?  It’s not the Prodigal Son.  Nor is it the Prodigal Son’s father, who prodigally—that is to say, lavishly—bestows mercy on his prodigal son.  No, it’s the older son who symbolizes the scribes and the Pharisees:  the older son who refuses to enter the feast thrown by the father for the prodigal son.  So then, if we were to name this parable after the audience to whom Jesus preached it, we might well call this the “Parable of the Miserly Son”:  that is, the son who was miserly when it came to showing mercy.

With that in mind, consider today’s Gospel passage.  Here Jesus teaches what’s commonly called the Parable of the Rich Man and Lazarus.  But that name for the parable, like all the names of the parables, are modern inventions.  Jesus never gave a name to any of His parables.  But in the first line of today’s Gospel passage, the evangelist tells us that Jesus preached this parable to the Pharisees.

We need to remember that the same dynamic at work in the Parable of the Prodigal Son is at play here also.  The Pharisees are not symbolized by either the rich man or Lazarus.  Who in today’s parable symbolize the Pharisees?  The five brothers of the rich man symbolize the Pharisees.  When Abraham declares, “If they will not listen to Moses and the prophets, neither will they be persuaded if someone should rise from the dead”, the clear reference is to the Pharisees not being persuaded by Jesus’ future resurrection from the dead.  Jesus wants the Pharisees to accept the graces that God offers, even if those graces come through simple and humble messengers.

Just as the rich man during his life on earth failed to lead his five brothers to God, so each of us has a choice about whether or not to be a messenger from God to others.  Or in other words, each of us needs to be a human angel—metaphorically speaking—because the word “angel” literally means a “messenger”.  Whether we intend to or not, we send messages to others all the time.  But are the messages we send others of God’s kindness, mercy, compassion, and forbearing? 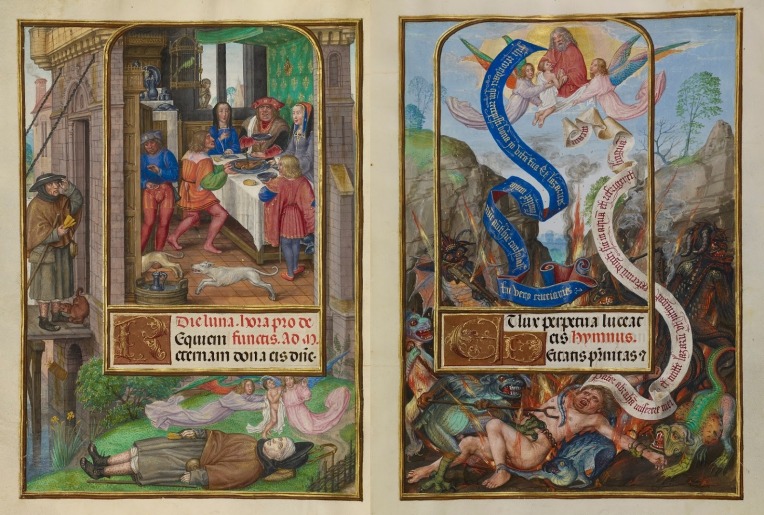