“A voice of one crying out in the desert ….”

In today’s Gospel Reading we hear St. John the Baptist preparing the way for Jesus.  In other words, John is preparing others to receive Jesus for who Jesus is, which is no small task.  The beginning of the Gospel passage situates John’s ministry in a specific worldly context, explaining what sort of men were leaders of the world into which the Messiah had come.  These pagan and Jewish leaders were corrupt.  This is why Saint Luke the Evangelist mentions them:  to tell us that John—and the Lord after him—had an up-hill battle before them.

John the Baptist himself is the “hinge” or “pivot” between the Old and New Testaments.  In the texts that describe him, he appears as one who foreshadows the coming of the Messiah.  We might ask, though, why it is that John also happens to be the cousin of Jesus.  Is this familial relationship a mere historical co-incidence?

Regardless, the Gospel accounts make clear that for two persons who were related, John the Baptist and Jesus were very different persons.  They were both criticized, but for opposite reasons:  Jesus for being a drunkard, and John for being ascetical.  At times it seems that the only thing these cousins have in common is that they were unjustly persecuted.  What were John and Jesus really about, then?

Both an openness to and care for others mark the kingdom of the Messiah, its King, and its herald.  These qualities also mark the lives of those invited to His Table.  The kingdom that Jesus was sent to establish is not one which seeks to conquer other nations.  Instead, it’s one which invites children gathered from the east and west to share in God’s splendor.  Each of us as a member of Christ’s Mystical Body—the Church—shares in the missionary command given to the Church.  So then, we should consider during Advent who it is that we ought to be inviting to share in the riches of the Christian life.

It might not be who we think.  If John the Baptist were to appear on our doorstep, it’s likely that we would want nothing to do with him.  Our reluctance might be because of his appearance.  But more than likely it would be because as we hear John described in the Gospel, we notice that he tells everyone like it is.  When he speaks of sinners, he points out their sins.  When he speaks of Christ, he points and shouts, “Behold, the Lamb of God who takes away the sins of the world.”

In preparing for the birth of the Messiah, we give thanks that Jesus was born 2000 years ago in order to die for us.  His death is what we celebrate when we come before the altar to share in the Sacrifice of His life for us.  If a Christian devoutly receives that life in Holy Communion, she will have the strength to seek out others in order to serve them, whether or not she believes that they deserve her love and service.

It is not safe to think or act this way, of course.  In fact, the Christian life is not only a narrow path, but a dangerous one as well.  If our love is to increase more and more, as Saint Paul urges us in the Second Reading, we must be willing to embrace those whom we do not care for, or even—in our own minds—consider part of God’s plan.  We must do so by remembering that we ourselves were once far from the Lord, and that He has done great things for us.  There may be many persons in our lives whom we dislike, but our dislike is no reason to think that God loves them any less, or that Christ became human to save us, but not them.

God did all that He could for each of us in sending His Son to become human and die for us on the Cross.  Yet choosing to respect our free will, the Lord will not save us from evil in spite of ourselves.  He allows us to bring evil into our lives if we so wish.  Each one of us, like God, is called to share in His work of saving others.  As with God, there is only so much each of us can do for others, but there certainly is something we can do. 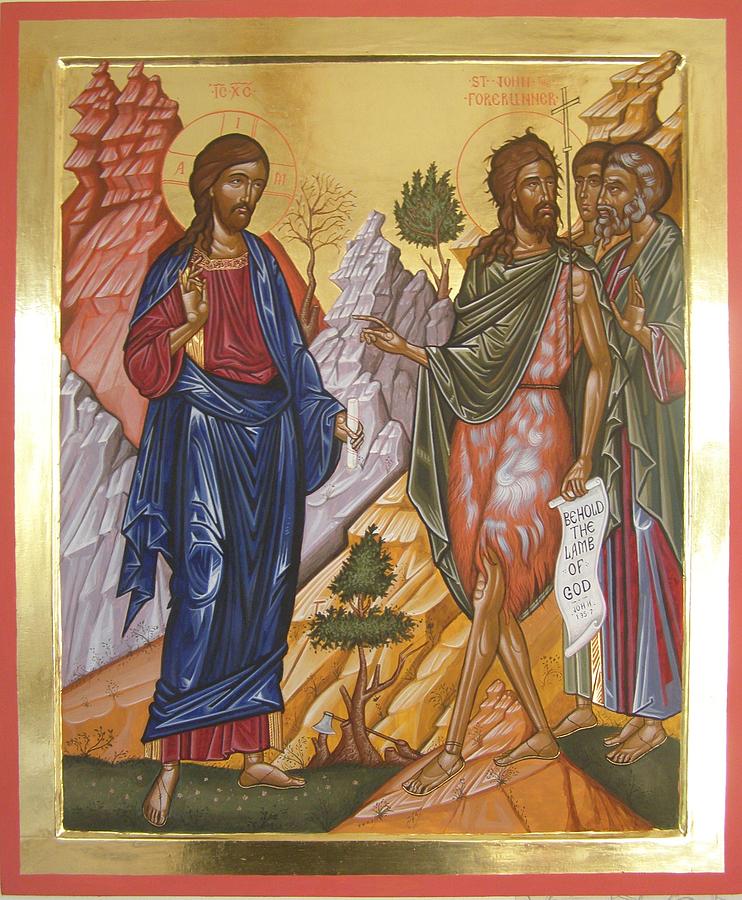