The reflection for Thursday of the Thirty-fourth Week in Ordinary Time is found in a separate post.

Thanksgiving Day
There are a variety of possible Scriptures.
November 25, 2021

We learn early on in life that thanksgiving is one of the four chief forms of prayer to God, along with adoration, contrition and petition.  Such prayers of thanks might be verbal in nature, or they might be chiefly affective in nature.

Chief among the “works of God”—those works that Jesus carried out during His earthly life—is the Holy Sacrifice of the Mass, instituted at the Last Supper.  We might forget or underappreciate the fact that thanksgiving lies at the heart of the Mass.  We hear this in the narratives of the Last Supper in Matthew, Mark and Luke.  The priest speaks from these Gospel texts at the Consecration of Holy Mass:  speaking to God the Father, the priest first states that Jesus “took bread, and giving you thanks”, consecrated the bread to be His sacred Body.  “In a similar way, when supper was ended, [Jesus] took the chalice, and giving you thanks”, consecrated the wine to be His sacred Blood.  Giving thanks to God the Father lies at the heart of the consecration of Holy Mass. 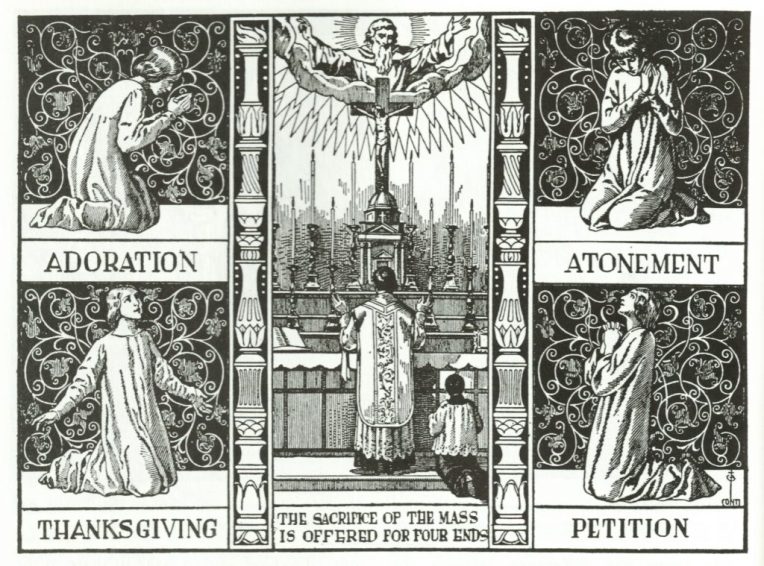