The vineyard of the Lord is the house of Israel.

Parables are often puzzling and intended to get under your skin.  This Sunday’s parable is no exception.

The parable’s setting is a vineyard, which in the words of Sunday’s Resposorial refrain, symbolizes “the house of Israel”:  that is, the great mass of God’s chosen People; or in other words, the “Family of God”.

Within the vineyard are several actors.  The parable’s landowner symbolizes God.  The tenants symbolize those at whom Jesus is aiming the parable:  that is, those whom God had entrusted with the care of the vineyard.  So if the vineyard is Israel, then the tenants are the leaders of Israel.  Among them are the chief priests and elders mentioned as Jesus’ audience.  Why, then, is Jesus trying to get under their skin?  What does Jesus think that they’re doing wrong?

You’ve all heard the saying, “Too many chiefs and not enough Indians.”  Likewise:  “too many cooks spoil the broth.”  Those sayings get at the problem that Jesus was addressing.  The leaders of Israel were no longer listening to the founder of Israel.

The action of the parable demonstrates just how topsy-turvy these stewards are.  Believing that they’re the masters of the situation justifies, in their minds, their beating and stoning of the landowner’s messengers, and finally, their murder of his son.

Of course, you and I know how this parable foreshadowed the events of Holy Week.  The chief priests, elders, and other leaders of Israel are not willing to give up the claim to be masters.  So when they come face-to-face with Jesus, who is the rightful heir to the throne of Israel, there’s bound to be conflict.  Like the son in the parable, Jesus is seized and put to death.  Jesus is the “stone that the builders rejected” which “has become the cornerstone”.

At the end of today’s Gospel Reading, Jesus—with divine fore-knowledge—foretells the consequence of Israel’s rejection of Him.  Jesus speaks formally and almost solemnly, declaring:  “Therefore, I say to you, the kingdom of God will be taken away from you[,] and given to a people that will produce its fruit.”  Who is this new people?

This new people is the body of Jesus’ followers:  the Mystical Body of Christ.  Jesus is the cornerstone of this new foundation.  The Church that Jesus founded is the new Israel.  This is the body of Christians to which you and I belong.  Jesus was speaking of you and me when He foretold that the “kingdom of God [would] be… given to a people that will produce its fruit.”

But the question in front of us today is whether we are producing spiritual fruit within the vineyard of the Church.  The Church chose this parable for proclamation at this Sunday’s Mass not so that you and I could learn a history lesson about the opposition that Jesus faced two thousand years ago.  We hear this parable today in order to allow it to get under our skin.

Saying “Yes” to God’s call isn’t the same as bearing fruit.  It’s on the latter that God will judge us at the moment each of us dies.  Merely belonging to Church doesn’t mean entrance into Heaven.  Maybe you and I are taking as much for granted as those elders and chief priests. 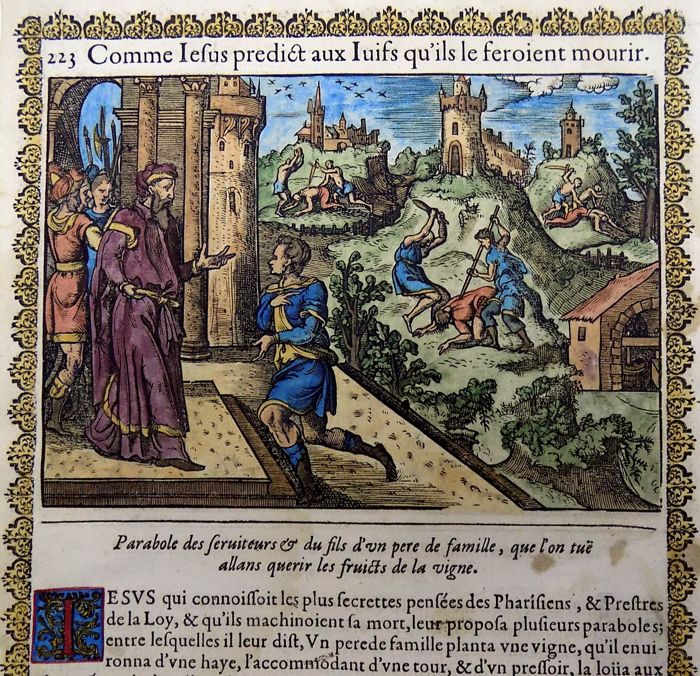