“Which of the two did his father’s will?”

Likely you’ve seen those license plate frames with sayings on the top and bottom.  One of them states:  “Insanity is hereditary:  you get it from your children.”  We might say that the capacity to drive others insane is something we’re born with.  The capacity for self-sacrifice, however, has to be acquired.

The capacity for self-sacrifice is the measure of authenticity in the Christian life.  By contrast, the world around us encourages us to do what is contrary to the path that Christ asks us to walk.  Instead of choosing self-sacrifice, we choose self-glorification and self-gratification.  Or in contrast to Christ’s path of self-sacrifice, we fudge a little bit:  we make sacrifices, but not of our selves.  We sacrifice things to which we have no attachment.  We’re like the child on Ash Wednesday who proudly announces that he’s giving up spinach and homework for Lent.

Our children receive our attention regarding the discernment of their vocations, and rightly so.  But our efforts will be of no avail if we don’t help each young person free himself to accept whatever call God makes of him.  In other words, putting knowledge about vocations into our young people’s minds is not enough.

A vocation is also a matter of the will.  After all, education in any subject requires a shaping not only of the intellect, but also of the will.  Any school that only gives knowledge about math, English, music, etc. is largely wasting its time.  If a school doesn’t first give its students a love for those subjects, then the knowledge will likely evaporate after the final final exam.

Love in the will must be the start of seeking knowledge.  Yet the will also has a role at the end of education.  The will takes the acquired knowledge and puts it into action, whether practical or speculative, secular or sacred.

A young person’s own fallen human will has to be purified like the biblical gold that’s tried in fire, so that what emerges is the capacity for self-sacrifice.  This is the capacity described poetically by Saint Paul in Sunday’s Second Reading, where he paints a portrait of self-sacrifice in the Flesh, in the person of Jesus, who, “though He was in the form of God, did not regard equality with God something to be grasped.  Rather, He emptied Himself, taking the form of a slave … He humbled Himself, becoming obedient to the point of death, even death on a cross.”

For sinners to grow in this capacity requires purification.  For while it’s true that each human being is conceived and born with free will, that free will is tempted from the start by selfishness.  Any parent of a two-year-old can tell you that his favorite word is “No!”, while his next favorite word is “Mine!”  Unfortunately, self-will doesn’t disappear on a child’s third birthday.  We human beings don’t spontaneously become more selfless as we grow older.  Instead, we learn social skills that help us mask our selfishness.  Giving up our selfishness is something that comes only with difficulty.

To accept a vocation in Christ is to recognize that my life is not “mine”, but “His”.  To live a vocation in Christ is to say “Yes!” to God’s Will for me.  God our Father calls us to spend our earthly lives not like the first son in Jesus’ parable:  saying “No” to the father’s will, and only later doing it.  Nor does God will for us to be like the second, who’s all talk and no follow-through.  To call God our Father means to be a child who not only says “Yes” to Him, but also always puts the words that we mouth inside church into action during the week when we’re outside church and in the world. 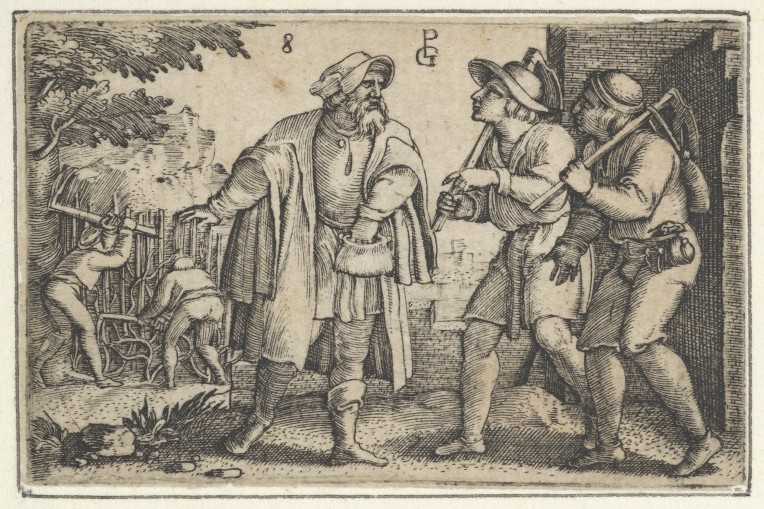