… behold, the angel of the Lord appeared to him in a dream ….

click HERE to watch Jeff Cavins’ reflection for this Sunday (5:19)

click HERE to watch the homily of Archbishop Charles Chaput for this Sunday (16:24)

Saint Joseph has a lot to teach us, if we only watch him.  The reason we have to watch him is because in the whole of the Bible, not one word that Saint Joseph ever spoke is recorded.  He’s not just a man of few words:  according to the Gospels, he’s a man of no words.  We are never told anything that he ever said to the Blessed Virgin Mary, to the Christ Child, or even—in the case of today’s Gospel passage—to the angel that appeared to him.

Nonetheless, it is clear that his actions speak for him.  Consider what today’s Gospel passage tells us about Saint Joseph.  We are told that Joseph was a righteous man, meaning that his life was lived in conformity with the Law of the Old Covenant.  He was a man who knew a great deal of the Jewish Scriptures by heart.  It was the Law of the Old Covenant that told Joseph that he ought to divorce Mary, since to all appearances she had been unfaithful to their vows.

Consider the message that Joseph receives from the angel of the Lord.  The angel explains to Joseph that this pregnancy is not, in fact, an occasion of shame or guilt, but the work of God Himself.  The angel gives to Joseph a command from God:  Joseph is to name this child Jesus.  The most obvious consequence of this command comes from the fact that under the dictates of Jewish law, a man naming a child implied his acceptance of the child as his own: naming a child was a declaration of paternity.  The “shame” that appearances had put upon Mary now became Joseph’s, as well.

But there is obviously far more at work in this passage than the human consequences of the acceptance of a child into a man’s life.  If this were all that this Gospel passage tells us, it would have little meaning for our own lives as Christians.  Out of fidelity to the Law of God, Joseph was ready to divorce Mary.  Little did he know that it was out of fidelity to man that God had sent the Holy Spirit to Mary.  It was because of God’s faithful love for us that the strange prophecy of Isaiah was beginning to take shape:  “Behold, the virgin shall conceive and bear a son, and they shall name him Emmanuel.”  Joseph’s just act was a first act in the unfolding of God’s Good News for us.

It is as the spouse of the Blessed Virgin Mary that we honor Saint Joseph.  When Matthew, at the beginning of his gospel account, introduces Joseph, he calls him “the husband of Mary.”  It is the spousal nature of Joseph’s life that mirrors in the sort of fidelity that God asks of us.  The life of Saint Joseph is one of silent fidelity to the Lord.  In him, we see that we are called to be people of faith even when appearances suggest that we should give up on others, ourselves, or even God.

Like his wife Mary, Joseph has an open ear.  He listens for the Lord to speak to him.  As we make our final spiritual preparations for the Christmas season, we should rest in the fact that the Jesus whom God invites us to receive in our lives is indeed Emmanuel:  He is God, who is with us, who is born for our salvation, and who has Good News for us to listen to. 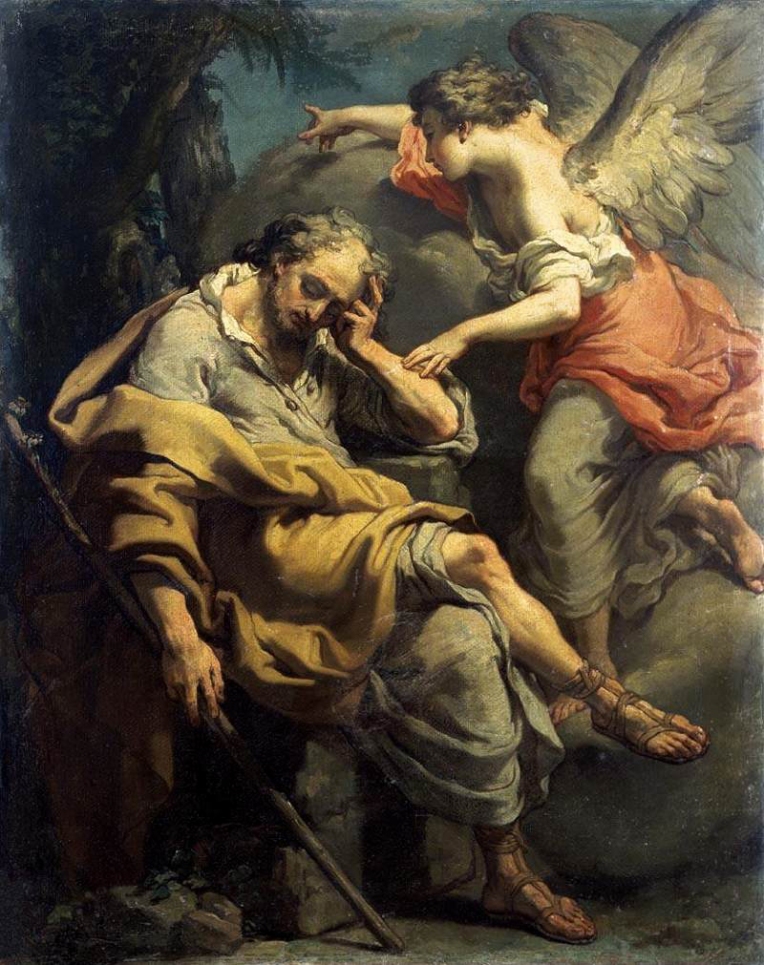